How to get around

My first time in Cambodia was never meant to be the main vacation destination per se. You see, we were travelling from Vietnam and were making our way to Thailand, and hence, we decided, alright… … why not just spend some time in Cambodia.

And so… … probably the shortest layover I had, we spend less than 48 hours in Siem Reap. We knew we had so much grounds to cover in such short time span. We really had to narrow down on our picks at the Angkor Archaeological Park. In hindsight, I reckoned we did make the best out of it! Though I wished I had more time to really immerse in the sunrise at certain temples. But oh well, there is always next time.

How to get around?

Our tuk tuk driver at the airport, whom we randomly picked out of a sea of other persistent taxi and tuk tuk drivers, turned out to be our main, well… … ONLY source of getting around during our less than 48 hours layover in Siem Reap.

After haggling hard over prices, we got ourselves a sweet private alfresco ride for USD $43; 2 days around anywhere within the Angkor Archaeological Park. We also got him to recommend a decent lunch spot for respite that was along the way to the sights. I would say, it was a pretty good deal.

The tuk tuk drivers near the Angkor region are pretty experienced. All we had to do was to tell our driver what were our narrowed down sights we were interested, and he would map out the best route for us!

Our driver, Mr Heang, was very patient as he waited for us at each temple site. And you do know, when girls snap photos, the wait can be long. REAL long. 😀 He was also accommodating when we wanted to stop over for lunch and wanted to do a little browsing at the shop nearby for clothes and souvenirs etc. Being very observant, we were always in awe by how he always manage to spot us amongst the horde of people. We would be at the entrance of the temple site, barely a few seconds in, scanning through the buzzing crowd, and he would already be waving at us or sometimes calling out to us.

So anyone who is going to embark on their temple exploration at the Angkor Archaeological Park, can hit Mr Heang up at (+855) 096 88 31034. This is in no way sponsored. I just thought he was a nice guy, his service was pretty much great and he gave good price! So yeah! 🙂

Before entering the park, the driver brought us to the official ticketing counters get our Angkor Pass. I know of some websites stating that you could purchase your Angkor Pass online, however, from my understanding, this online option has not be officially rolled out by Angkor Enterprise. Hence, if you do purchase your pass online, I guess it would be at your own risk.

My humble suggestion would be for you to just get your driver to take you to the official Angkor Park Pass Ticket Counters. The counter staff are really efficient. We were there at around 10 am, and did not take long at all to get our pass.

The 1 Day Angkor Pass was a slightly more popular option, so that queue was a little longer. That would be something to consider if you are going for this option.

Pre rup is a Hindu temple dedicated to the Hindu god Shiva. It was built in 961 AD. Being the first attraction of the day, we were imperatively mesmerised by the whole Indiana Jones vibe it was exhuming. From afar, we were greeted by 3 main towers. You could head up to the upper platform for a nice elevated angle via the long flight of stairs. The intricate details of the ruin pillars together with the brick walls made this whole walk through out of this world.

What I love about this site was that it was not as crowded as the other temples. We were there at about 10.30 am, it was quite peaceful. We spend about an 1 hour marvelling and snapping shots. 😀

Banteay Srei is also a Hindu temple dedicated to the Hindu god Shiva. This temple definitely has more complex stone carvings than Pre Rup. Because of the elaborate carvings, it was said that it was craved by the hands of women, as these were too fine for the hand of a man.

Compared to Pre Rup, I was even more enraptured with Banteay Srei. I guess it has to be the labyrinthine corridors and walkways through nicely carved doors and steps that made this whole experience magical. I felt like I could lose myself in this maze. Not literally, of course.

We spend about 1.5 hours here.

And of course no one would ever miss Angkor Wat when here at the Angkor Archaeological Park; no matter how touristy this temple is! Most people would come for the sunrise. But it is just as amazing if you could look beyond the crowd and pay attention to the small details of the monument.

Take time to look at the ceiling and the pillars. Some of them have inscriptions written in Sanskrit and Khmer. This temple can be difficult to grasp because of the vastness and many pathways leading you to new findings. To really explore every corner of Angkor Wat, you most certainty need ample time. Alas, time was definitely something we did not have. For this, I would say this would be my first stop if I ever would to come back!

We spend about 2.5 hours here.

Now this is by far, in my opinion, the most jaw-dropping sight here at the Angkor Archaeological Park. This temple saw a surge in popularity ever since it appeared in Lara Croft: Tomb Raider, back in 2001. Build as a Buddhist monastery, Ta Prohm has traditional Khmer structures.

What makes this temple so out-of-this-world unique is how the Cambodian jungle managed to get itself intertwined with the structure of the temple. Silk-cotton and fig trees took root between the loosened stones that made the temple foundation, forming what we now see: a seamless merger of nature and man-made. It was indeed an overwhelming sight!

Though we felt we could and would love to spend more time here, we only took a mere 40 minutes. It was only slightly past 9 and not even 10, but the crowd was really starting to populate the compound and it was starting to get a little claustrophobic. We decided to take our leave.

Known as the ‘face temple’, for a very obvious reason. The iconic peaceful smiling looking visages you will espy from any and every angle as you amble around Bayon Temple can take you to another level, literally. At times you have stone carved heads glaring down at you, and at times, these head would be at your peripheral vision.

Make your way to the upper tier to have a better view, and soak in the serenity of the 200 faces from all angles, which are the emblem of inner peace.

I was not really sure what was the occasion, or this temple is really a popular tourist site, but the horde of crowd that flooded this temple was beyond words. We too only took a mere 40 minutes. It was roughly 10 odd in the morning. So FYI for your travel planning!

Even though we might have seen countless pictures of the Angkor temples, nothing ever comes close to the actual experience of seeing them and walking through the monument yourself. Every temple has a different story to tell, and to say which is the best, or the must see, is really subjective. All I could say is, I have no regrets narrowing down to these 5 temples. 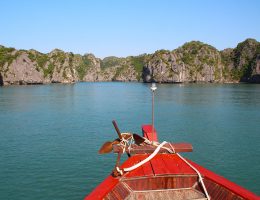 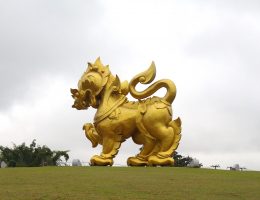 How to get there? Best time to visit? Getting around Singha Park? What you might experience? TIPS?! Address: 99 Moo 1, Mae Korn, Amphoe… 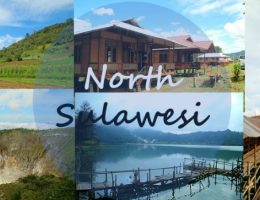 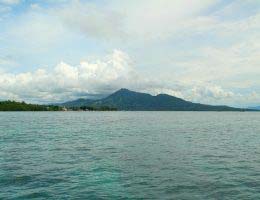 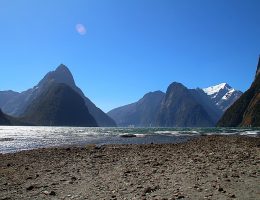 How to get there?  En Route to Milford Sound via Eglinton Valley, Mirror Lakes & Homer Tunnel  Milford Sound  TIPS?  And New Zealand… …… 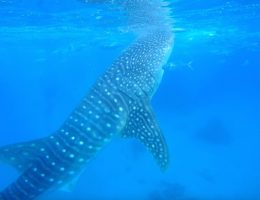 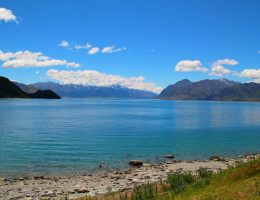 How to get there? Place to stay: Lake Hawea Hotel What you might experience? I would say most roads on the South Island of… 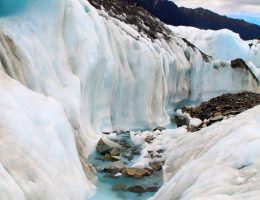 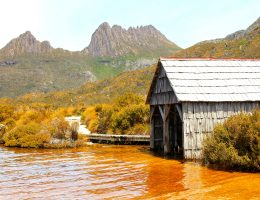 Top 5 Must DOs in Launceston Tasmania

Cataract Gorge Wineglass Bay Bridestowe Lavender Estate Bay Of Fires Cradle Mountain Of all the time spent in Tasmania that one Summer time, and…